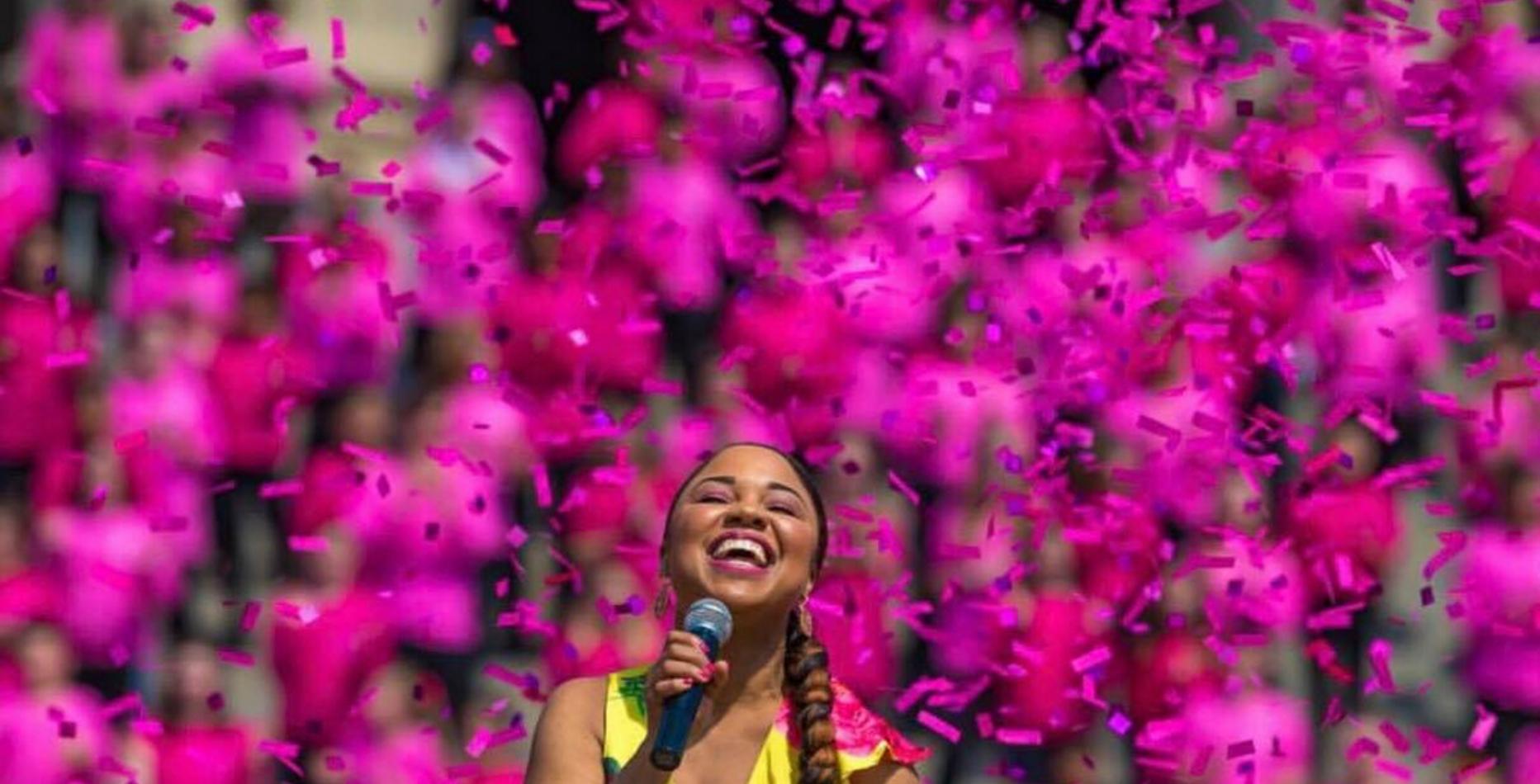 Summer earned a Bachelor of Arts in Mathematics and Japanese from Emory University, a Juris Doctorate from the University of Virginia School of Law, and is currently seeking an undergraduate degree in Music (Vocal Performance).  Summer is on staff at LongView Bible Church as the Worship Director, where she leads the music ministry and supports people of all ages in their faith journeys and artistic goals.  For over two years she produced and hosted “SummerTime,” a one-hour talk radio show on BRITEradio.com, which gave her a platform to inspire and encourage people across the globe.  Summer also hosted two TV Shows sponsored by Positive Power XXI - "Gospel Music Magazine" and "MVP with Skye," which aired digitally and on cable networks across the US.  Fueled by a passion for helping children thrive, Summer has also committed her talents to various positions through the years, including vocal coach, youth ministry leader, substitute teacher, and student assistant for children with special needs.  Summer’s most treasured ministry is at home in Ellicott City, MD, where she loves raising her two sons to be gentlemen after God’s own heart.

Summer loves new travel adventures, watching good movies, and laughing until it hurts.  Her guilty pleasures are french fries and everything sweet and delicious.

Once a successful lawyer with a degree in math and Japanese, Summer has transitioned to an award-winning performer/recording artist who has the unique ability to connect with and inspire diverse audiences. Summer’s debut project “Love Letters” is a fresh and intimate recording of her journey through intense personal hardship while clinging to the true love of her life – God.   Summer’s album “Love Letters” debuted in the Top 50 of the Billboard Gospel Charts, and two of its single “Promised (Never Alone)" and "I Need You" have penetrated radio internationally, with prominent radio plays in the U.S., Europe, and Canada.  Summer's music video for "Promised (Never Alone)" has also been featured on Aspire TV and Badami TV.

For two years in a row, Summer has been a featured soloist on the nationally televised National Cherry Blossom Parade, seen by over one million viewers.  Summer also was blessed to be the featured artist for the annual Caring Awards for several years in honor of benevolent officials, celebrities, and rising stars, such as Retired Four-Star General Colin Powell, Former Congresswoman Gabby Giffords, former NBA star Dikembe Mutombo, and Emmy Award-Winning Actress Jane Seymour. She closed out the “Thanks Obama” event on President Obama’s last night in office with powerful renditions of the national anthem and “God Bless America.”

In addition to her solo work, Summer has released several recording projects with other artists, including a Christmas single with gospel recording artists Tanya Dallas-Lewis, and Alache, two albums with the Stellar Award-nominated gospel group - Charles Butler and Trinity, a compilation CD “Trinity Broadcasting Network (TBN) Exalting Him Finalists” (with the trio “Power”), and an inaugural CD with Emory University's Gospel Choir.  Summer has opened up for and/or provided background vocals for numerous accomplished artists, including Pastor Hezekiah Walker, Tasha Page Lockhart, Tamela Mann, and the Sons of Serendip (finalists from America's Got Talent).  Summer is a talented actress as well, and has played lead and supporting roles in local stage plays and musicals, including "Bound and Gagged" (a gripping story about domestic violence), and "The Ten Virgins."